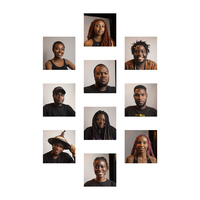 The New Folk(lore) project brings together 10 individual performing artists to create works inspired by Ghanaian folklore and centered around the theme "Rewriting Folklore for Now". These artists are solo performers whose practice is in music, dance and associated genres, and who are working to see how stories can change our perspectives. Presentations will be made as five chapters over from July to November 2021, with two artists presenting their work for each chapter.

"Who No Like Am?" performed by WhoIsDeydzi
It is not just hair

"Hair Me Out" performed by Akiva
A night of awakening of the African mind to the real worth of their hair as an identity and not shame!

Dodzi Korsi Aveh was born on 22nd March 1998.
my First creative Influence was My Father, Africanus Aveh, a Filmmaker, art critic and performing arts lecturer at the university of Ghana, Legon. I practically grew up in the theatre,after school I would be seen running around the ETS Drama Studio or watching rehearsals while waiting for my father to close from work. I was constantly used as a child actor for both screen and stage.
as a child, I developed a habit of scribbling down my thoughts, as a coping mechanism to deal with trauma. I would write out things I want to forget and burn the sheets afterwards as some sort of release.
in 2012 I gained admission to Ghanata Senior High school, while there I was very active with the Drama Troupe. during my stay there I partook in a creative workshop organised by Ehalakasa and the Ghana Association of writers. I shared one of my random copping mechanism scribbles and found out it was poetry. since that day, I begun purposefully writing my thoughts to perform them in a slam poetry style, instead of writing to burn them. while in Ghanata I was constantly rediscovering different versions of my creative self, I picked up rap for a bit, and then laid it aside to focus on spokenword poetry.
by the Time I was done with High school I was certain I wanted to be a performer.
in 2015 I gained admission to the University of Ghana to study theatre arts and English language.
right from my first year, I was constantly acting in stage plays, I was in at least 2 plays every semester throughout my university days.
I was also actively involved with Ehalakasa and other performances out of campus.
In school my focus was on Filmmaking and advanced creative writing. I spent my four years in the university constantly trying to find balance between the academic side of Art and the popular art on the streets of Accra.
by my final year I had carved an identity for myself as an amazing performer with both theatre and spokenword
My Creative style included a Lyrical presence derived from Ewe Hakpanya fused with a rapish vibe, coupled with a heavily Theatrical stage presence.
after completing University I did my National service as a Teaching assistant at the university of Ghana's Theatre arts department. I assisted with production participation, theatre workshop, educational drama and drama therapy.
during this period, I collaborated with some of my colleagues to stage our very first devised theatre piece, "Who Be We?"
This project was conceived out of an independent research work I had done to present at the School of Languages symposium on Pidgin English in 2019.
my work was presented as "Who Be We?" an experimental mixed media Pidgin theatre piece that explored who we are as a people.

Most of my creative journey has been me breaking free from so many things and labels, while trying to find out who I am. hence my stage name, WhoIsDeydzi.
I'm caught up in the constant journey of finding myself, while loosing the societal programming, constantly, learning and unlearning and relearning what it means to be a person, what it means to be human, in a world that doesn't value people, especially those who are different.

Andrew James Offei Addo (born December 1,1991) better known by his stage name Akiva Quesi hails from Jamestown, Ghana.
He is a singer songwriter, recording engineer and an acoustic guitarist.
With the acoustic guitar accompanied by intriguing instrumentation Akiva pours out his heart-felt emotions and brings out an all new flare and some stirring and echt life experiences which leaves his audience in a virtual theatre of the mind.
His music is rooted in Alternative/Folk/ Indie genres  and draws inspiration from the likes of E.T Mensah, Kojo Antwi, Asa, Emeli Sandé etc.
Akiva is currently writing songs for his Maiden EP , A Twist Of Old (ATO). It's made up of Old Ghanaian folk music , rearranged with new verses. ATO is set to be released in December, 2021. 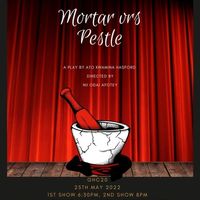 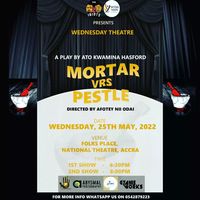 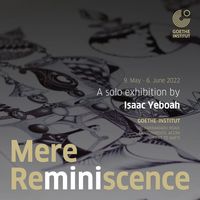 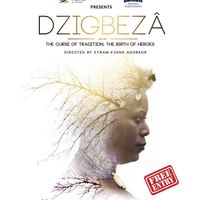 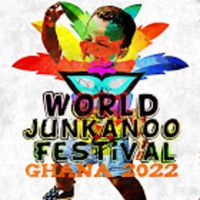 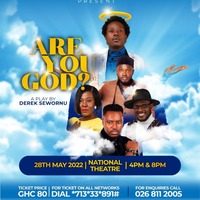 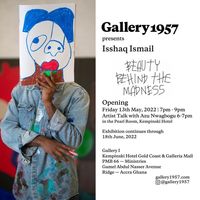 Beauty Behind the Madness - Isshaq Ismail 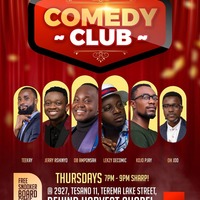 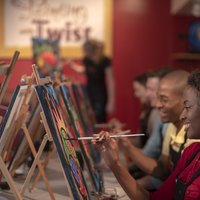