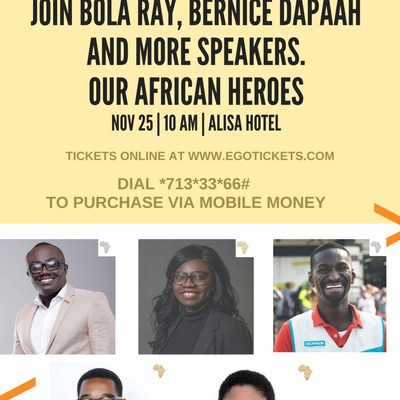 INSPIRATION AFRICA IS THE INSPIRATION FESTIVAL FOR AFRICA AND THE PIONEER EDITION IS COMING TO GHANA IN 2019 !

We represent a conference inviting inspiring thinkers, makers and activists who are shaping the present and future of Ghana and Africa to give a talk about their journeys and innovations on stage. In short, we stand for African Heroes. African Stories. 120 minutes of inspiring talks.

Join us on Monday, November 25th at 10 A.M at Swiss Spirit Alisa Hotel Accra - Ghana to live the magic with us!

Speakers:
Bernice Dapaah is the founder the Ghana Bamboo Bikes Initiative (GBBI), a company that farms bamboo plantations in her hometown of Kumasi, southern Ghana, to manufacture cost-effective, robust and environmentally friendly bicycles.
Dapaah began the company in 2008 and manufactures bicycles for farm workers and schoolchildren. The company also exports more than 1,000 units to Europe and North America.
Standing at the vanguard of green transportation in Ghana, Dapaah is also a member of the World Economic Forum Global Agenda Council on Biodiversity and Natural Capital.

Nathan Kwabena Adisi popularly known as ‘Bola Ray’ is a Ghanaian celebrated media personality and entrepreneur who is the CEO of media conglomerate, EIB Network Group and also CEO of Empire Entertainment.
His book titled “It is Possible” is an autobiography which brings to life the over two decades of his personal story which chronicles his life struggles and achievements, failures and successes of being a force for good in the media landscape in Ghana.

Joseph-Olivier also called the Ivorian droner, is currently leading the WeFly Agri team, a startup that uses drones in agriculture to deliver on his vision of empowering farmers and bringing technology to their everyday life. From the diaspora to the small farmers, it is a total of 40 000 people who benefit from his technology.
Joseph-Olivier is a driven and entrepreneurial leader with a desire to make positive change in the world. He believes in the African Dream.

A former football club player in France, Kwasi Tabury, born in Ghana returned to his country in 2016 to establish a sports shop with the French leader in the sale of sporting goods.
Determined to ensure every Ghanaian is a healthy person through sports, this atypical CEO will share the citizenship initiatives in sports and environment he has developed in the last 3 years to meet his ambitious goal.

Worldwide, more than 50 million people suffer from dementia.
As the leader of « VR Revival », the Mathematician and Technophile Mansata Kurang recreates 360-degree virtual reality films that depict familiar and peaceful scenes accompanied by music that serve as an effective therapeutic method to calm or to relieve patients with dementia.
Her exceptionally promising work landed her in the U.K. "Top 10 People's Champion" and "Top 100 Innovators" list by the Sunday Times and the Maserati List 2019. She also won Entrepreneur of the Year 2019 at the Women in Technology World Series
Join us for this extremely inspirational event ! 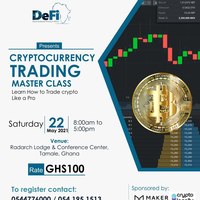 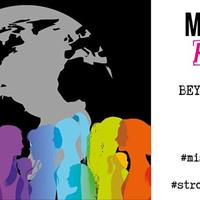 Beyond Borders - the Power of Networking 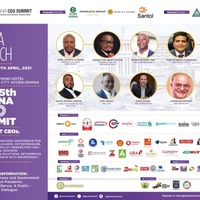 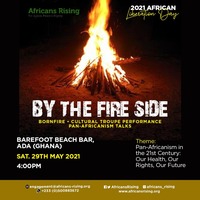 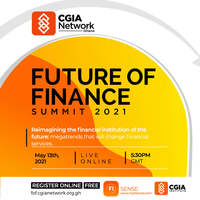 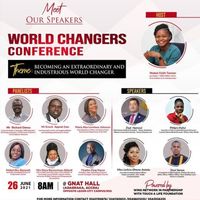