AREEL is an Annual
International Cinema Award presented by Acheampong Magazine held in Kumasi, Ghana to recognize, honor and celebrate filmmakers involving African Creatives and or African contents for their outstanding achievements.

Our maiden edition received over 57 entries, which was in line with our goal. From there we divided the entries in different categories, and on a quarterly basis we host a screening titled  “AREEL Shorts & Animation” before our final screening and award show, “The AREEL”.

The AREEL Shorts and Animation is an independent platform for people to enjoy films, network and discover new talents. A percentage of the tickets sold is dedicated to supporting  young talents kick start their careers in filmmaking.

Our ’Actors Studio’, was created to support young actors in developing and honing their craft. Each year selected young actors are given the opportunity to interact with and learn from top Casting Directors, Filmmakers, and industry executives.

The AREEL began in 2019 and we have so far been graced with breathtaking performances by casts including: Micheal Ward, Jasmine Jobson, Prince Agortey, Benjamin Sarpong, Anna Roser, Bless Fortune, Fiifi Neizer and so many others. We have also enjoyed outstanding visions of directors like, Anthony Nti, Tomisin Adepeju, Amartei Arma, Joseph Akwasi, Johannes Krug and Jumic Anderson.

Our magazine has featured renown celebrities such as cinemas best Actors and Directors including Ama K. Abebrese, Joseph Otsiman and Cynthia Dankwa (the lead casts of “The Burial Of Kojo film, Ghana’s first entry to the Golden Globes) and Casting Director Kwaku Boateng Ankomah (of the “Academy Talent Management & Casting Agency” that discovered Abraham Atta and other actors of “Beasts of No Nation”) and our last issues with Hollywood Actor Oris Erhuro; an International Award Winning British Actor and Producer (who starred in the popular hit “The Adventures Of Sinbad”).

We continue to be humbled and grateful for all the support and reviews we are getting from the generous readers of our digital and print magazines on our website, Amazon and selected shops.

Five years after our registration, we are officially opened for collaboration, partnership, and sponsorship. We will be honored to continue this incredible journey with you as we expand our support and celebration of outstanding filmmakers.

Let’s dare to make a difference in the African Film Industry.


10 Amazing Shorts Movie Night! + Q&A. There will also be an opportunity for filmmakers and audiences to interact and connect with each other during and after the event. 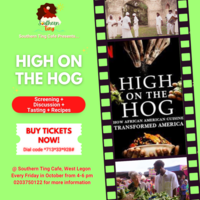 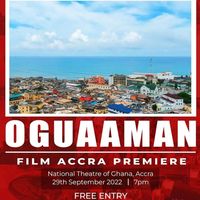 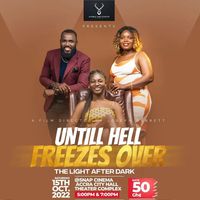 Until Hell Freezes Over 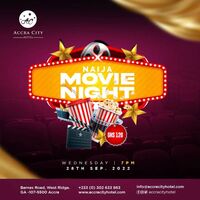