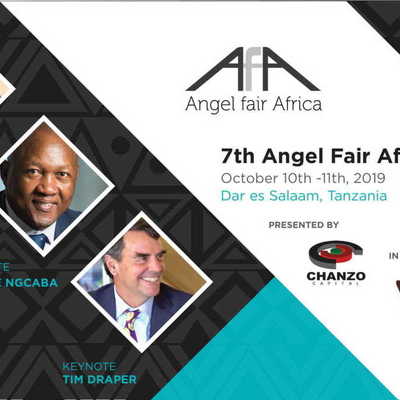 Keynotes for 7th AfA in Tanzania

Ali Mufuruki, Andile Ngcaba, and Tim Draper are the keynotes for the 7th Angel Fair Africa taking place in Dar, Tanzania from the 10th to 11th of October 2019. This year’s event is back to back with Sahara Sparks from the 9th to 10th October 2019. Chanzo Capital and Sahara Ventures have partnered to caption the week “Africa 4.0 — Africa in the 4th Industrial Revolution” aimed at creating a platform for different stakeholders to not only discuss the role of technology and innovation but also invest in the entrepreneurs fostering social and economic development on the continent.
Ali Mufuruki is a successful Tanzania businessman and board member of several organisations. He is the founder of Infotech Investment Group, founding chairman of CEO Roundtable of Tanzania and Africa Leadership Initiative (ALI) East Africa, board chairman of Vodacom Tanzania and Wananchi Group Holdings, trustee of the Mandela Institute for Development Studies (MINDS) and co-author of the book Tanzania’s Industrialisation Journey.
Andile Ngcaba is a commissioner of the Presidential Commission on the 4th Industrial Revolution setup by President Cyril Ramaphosa of South Africa. Andile is also the Chairman of Convergence Partners through which he has invested in infrastructure and communications companies like Seacom, Intelsat New Dawn, FiberCo, Dimension Data, Synergy Communications and CSquared with Google.
Tim Draper is an American venture capital investor and founder of Draper Fisher Jurvetson (DFJ), Draper University, Draper Venture Network, and Draper Associates. Baidu, Hotmail, Skype, Tesla, SpaceX, AngelList, SolarCity, Twitter, DocuSign, Coinbase, Ancestry.com, Twitch.tv, Cruise Automation, and Focus Media are some of his prominent investments. Tim is a major proponent of Bitcoin and decentralization. He is regarded as one of the most renowned and successful venture capitalists in the world and one of the most powerful and influential people in Silicon Valley.
The event, which has been held in Johannesburg (SA) 2013, Lagos (Nigeria) 2014, Accra (Ghana) 2015, Nairobi (Kenya) 2016, Abidjan (Ivory Coast) 2017 and Maputo (Mozambique) 2018 resulting in about $23M worth of deals and 1 exit, will this year bring 100 investors and entrepreneurs from within and outside Africa to Dar, Tanzania to do deals, network and learn from one another at the 7th Angel fair Africa — www.angelfairafrica.com
Mwasi Wilmore, CEO of Wilmore Group said “bringing together a diverse mixture of the business community, innovators, and investors within Tanzania, across Africa and the world would create the right environment to facilitate strategic investment, foster partnerships and strengthen the network that would catalyze the local ecosystem and drive change”.
According to Jumanne Rajabu Mtambalike, CEO of Sahara Ventures, the week which would start with workshops, an entrepreneurs boot camp followed by Sahara Sparks then Angel Fair Africa is crafted to explore the many levels of engagement when it comes to Africa’s leadership of the 4th Industrial Revolution.
Salum Awardh, Founder of the Tanzania Angel Investor Network (TAIN) reckons that Angel Fair Africa would help consolidate the various efforts locally and within the continent towards investments in innovative ventures that would spearhead Africa’s leadership of the 21st century in which Tanzania has a critical role to play.
EDITOR’S NOTES
About Angel Fair Africa
Angel Fair Africa is an event that brings together accelerators, incubators and emerging businesses from across the African continent and investors to do deals. More @ www.angelfairafrica.com; contact — info@angelfairafrica.com
About Sahara Sparks
Sahara Sparks is among Africa’s largest innovation and tech-entrepreneurship event with global reach providing an avenue for discussion around technological trends and the use of technology to impact the community and drive positive changes. A platform for African businesses to showcase their products to investors and potential partners.
More @ www.saharasparks.com; contact — lead@saharasparks.com 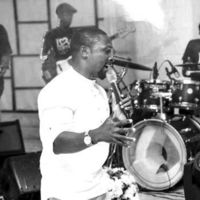 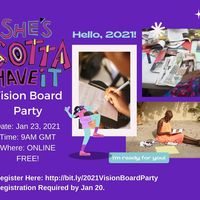 She's Gotta Have It: 2021 Vision Board Party 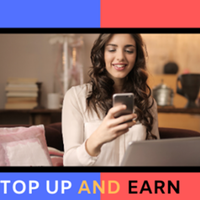 Top Up Plus And Earn Limited 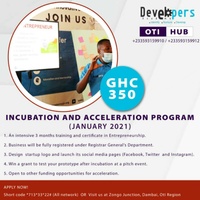 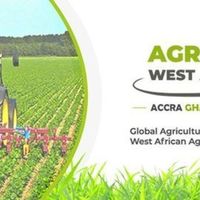